Chaffee County was established in 1879 and named for Jerome Chaffee, Colorado’s first United States Senator and local investor. The history of Chaffee County and the surrounding area is a rich mix of many influences, particularly cultural and economic forces. The area was originally settled by the Ute Indians, for whom many of the local mountain peaks are named.  The original courthouse was located in Buena Vista.  In 1929 the county voted to move the county seat to Salida.  The current Chaffee County Courthouse was built in 1932 and designed by architect Walter DeMourdant.  The building was enlarged 1968 by architect  Edward A. DeVilbiss and Charles E. Gathers.   The Salida, Judicial Facility was built in 1991 by architect  Petersilie-Keys and constructed by Geller Construction Services. 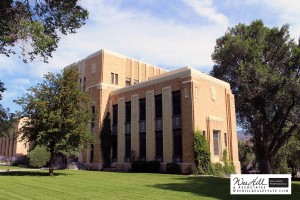 The third annual Salida Water Fest will be held on Aug. 25 in Salida and Aug. 26 in Buena Vista in...